A Message from our President, David Davies:

“Unprecedented! The Pandemic that we are experiencing has required us more than ever to be committed to the Ephrata Area Social Services call for neighbors to help neighbors. We at EASS plan and prepare thoughtfully for the ongoing needs of our neighbors. We are good stewards of the donations we receive always maintaining resources to help those in need. However, a Pandemic that completely shuts down the economy impacting each of our lives in some way is unprecedented in our time. Some of us have experienced greater challenges than others, but we have all experienced challenges. The generous giving EASS has received during the Pandemic is evidence that we all sense the need for neighbors to help neighbors. Although EASS changed operations during the Pandemic, we never stopped helping others. EASS continued Meals-on-Wheels without pause. This critical service to residents of the Cocalico and Ephrata School Districts is essential to not only deliver meals but stay in contact with those receiving meals. Thank you to the staff and army of volunteers that made this happen. EASS has not stopped transportation services. As more community members stay in their homes unable to drive, we continue to provide them transportation to appointments and needed medical treatments. These needs did not stop with the Pandemic. Thank you to our staff of drivers who faithfully continued this service following stringent safety precautions. EASS has not stopped providing social safety nets to our neighbors who are homeless, in need of food, struggling to pay utility bills, and other challenges. We remain committed to providing a helping hand up for those experiencing difficult times. A special thank you to the Ephrata and Cocalico School Districts for providing critical food services to families, helping families stay food secure. And, a sincere thank you to our greater community for your prayers, concerns, and contributions. Your neighbors in need have experienced your love and concern by way of your caring actions. We are blessed to live in the Cocalico and Ephrata area communities where neighbors still believe in helping neighbors. Ephrata Area Social Services remains committed to providing essential community services on your behalf.”

Please make your check payable to EASS and mail to: 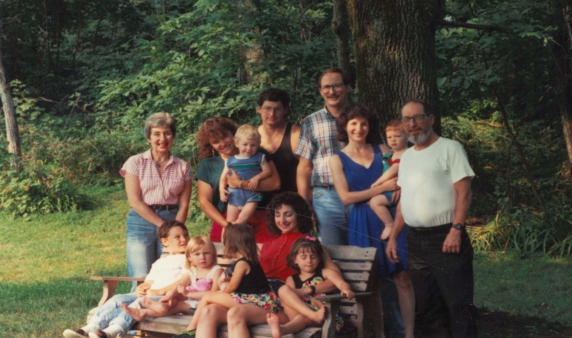 Liliane Berditchevsky Stern first contacted EASS in early 2018 requesting a ride to her doctor appointment. That was the beginning of a two-year relationship between the staff and Liliane. She spoke in a lovely, lilting accent and we learned that she was a native of Egypt. When the pandemic hit, Liliane could no longer leave her home. It was too dangerous for a lady of 91 to risk going out into the public. Our program director, Lisa Gockley, would shop for Liliane, purchasing her prescriptions and foods that complimented her diet. She would deliver these items to Liliane through the garage. Liliane was very specific. “I will open the garage door and you place the items on the hood of my car. I will stand by the kitchen door, and when you leave, I will come out and get the groceries,”she instructed in her sing-songy accent. And we were happy to do it.

Liliane was born in Alexandria, Egypt in 1929. World War II brought the hatred of the Nazis to her doorstep and in 1948, she experienced the trauma of deportation for simply being Jewish. She emigrated to Israel where she married Theodore Stern, an American volunteer in the Israeli Airforce. Liliane accomplished much in her life. Despite the trials experienced in Egypt, she secured a BS in Biology from the University of Cairo. Liliane went on to be a French language instructor, piano teacher, and lab technician. She earned a Masters Degree in Health Sciences and pursued her passion to advocate for healthier communities. Women’s rights, climate change, pollution control and ending public smoking were just a few of the causes she fearlessly tackled.

When EASS did not receive our weekly call from Liliane in early July, we thought it unusual. It was then we discovered that she had quietly passed away at her home. We were shocked and saddened. We felt though we served Liliane for two years, we were just getting to know her and the incredible life she lived. Her daughter, Carla, wrote to us, “She very much appreciated the assistance that your organization provided her with and, in fact, could not have managed otherwise, especially during the pandemic. Living independently was her wish and the work that you did allowed her to realize that wish.” Because her immediate family lived at a distance, we hoped that perhaps we were filling some of that void. Anyway, that is how she felt to us…a part of the family.